Yo yes hello! In case you missed-ed last night's show of glory (or even if you didn't) here are some tight studio recording MP3s of Holiday fare that made appearance in various forms:

Those Pat Sajak Assassins were most excellent! PLUS I realized I had seen them before, at the old Creepy Crawl. I'm pretty sure, anyway. Last-minute I decided to do recitatives to open and close the set which was an awesome thing I should do at every show (Matt Pace said so as well), or at least with much more frequency at shows. But gosh-dang I was tired during that PSA set. The index-card holiday carol request idea met with mixed success, I got some pretty hilarious/creative/crude "requests" that way at least.

Unfortunately I probably won't make it to more than like one of the release shows; either other parties or other shows or both are occurring during many of them (and shleesh, there are like twice as many as usual this year, even though there aren't as many songs on this year's as last year's?), and for example next Thursday is apparently our bowling league holiday party.

Oh yeah, I beat my old bowling high score this past Wednesday by 10 points: I bowled a 195, dang! So close! (To a 200, I mean.) I think maybe I have this bowling thing figured out, or maybe as Switchblade suggested, the lanes weren't lubricated properly, or whatever.

Why aren't there more bowling alley venues? By that I mean, why aren't there any at all? Even Arcade Lanes was only marginally a venue (and burned to the ground under what I've heard are suspicious circumstances), and they don't really do shows at Fireside Bowl (in Chicago) anymore.

Paul Velat, also known as Lord of the Yum-Yum, wrote a mini-opera with some help from myself in August of 2007. We later performed it, twice in St. Louis, and thrice in Chicago. You might have heard of me talk about it at various points as among the most entertaining, artistically fulfilling, and otherwise awesome things of which I've ever been a part. I wrote one of the songs, I sing it and one other song, and I created the voices for four distinct characters in the opera.

We had some video taken of one of the Chicago performances, and it has been edited and enhanced for your home viewing pleasure, now. DVDs are available, and contain a bonus feature or two for your added enjoyment.

Click on this thing to order one using PayPal or a credit card (CC on the left, PayPal on the right). All efforts to get 'em to ya by Xmas will be made, hah! 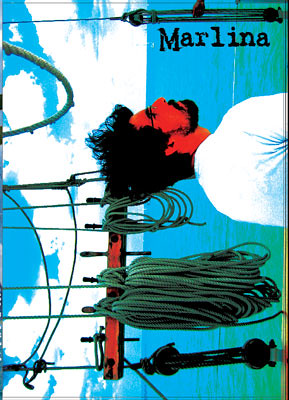 "Beneath the peaceful, placid surface, the eternal struggle for survival rages violently in the murky depths."
--Bud Van Lear
Collapse